Melanoma is caused by changes in cells called melanocytes, which produce a skin pigment called melanin. Melanin is responsible for skin and hair color. It can appear on normal skin, or it may begin as a mole or other area that has changed in appearance. Some moles that are present at birth may develop into melanomas.

Rarely, melanomas appear in the mouth, iris of the eye, or retina at the back of the eye. They may be found during dental or eye examinations. Although very rare, melanoma can also develop in the vagina, esophagus, anus, urinary tract, and small intestine.

Melanoma is not as common as other types of skin cancer. However, the rate of melanoma is steadily increasing. According to the American College of Mohs Surgery, an estimated 60,000 cases of melanoma are diagnosed in the United States each year, with approximately 8,500 deaths due to melanoma. 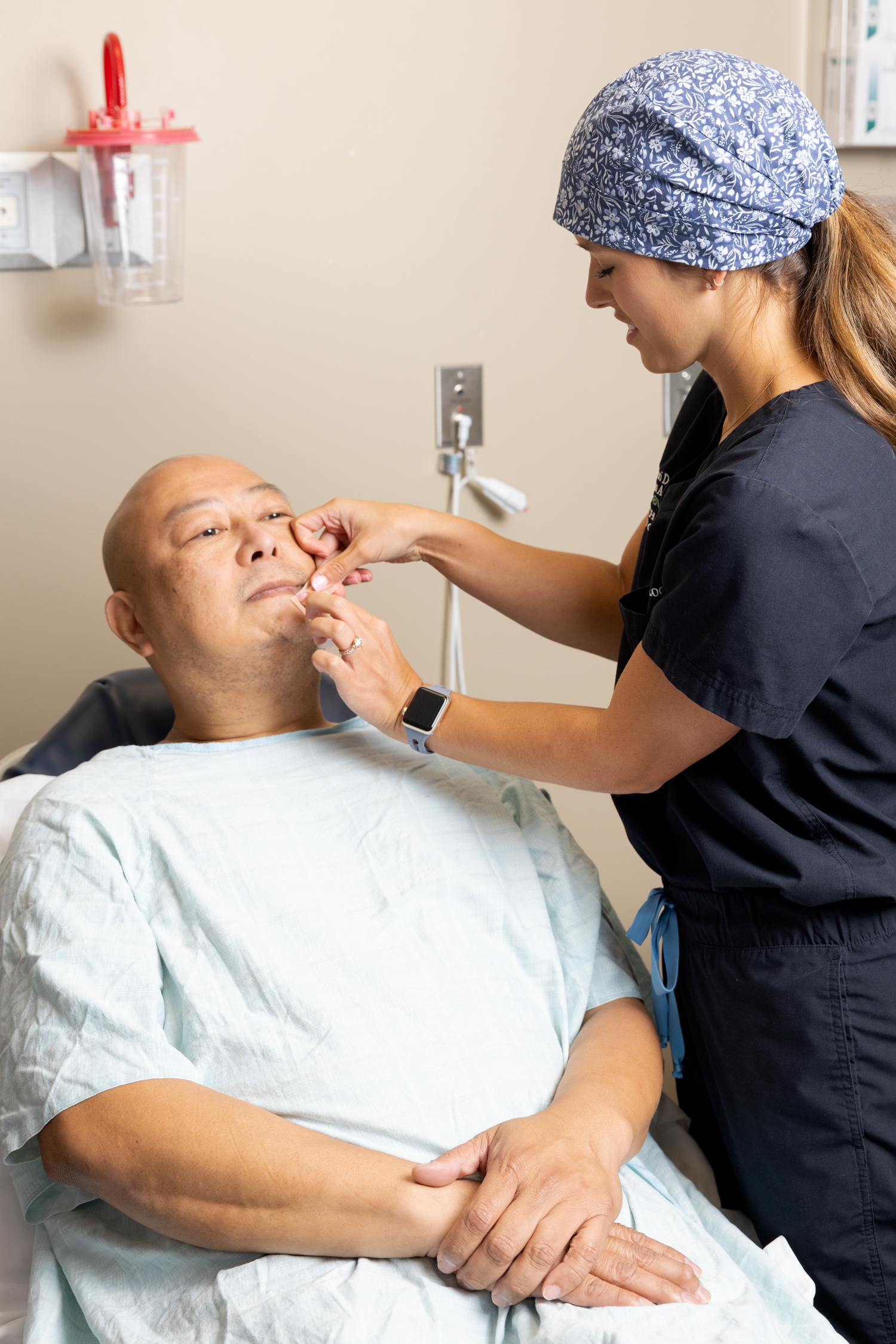 Superficial spreading melanoma is the most common type. It is usually flat and irregular in shape and color, with different shades of black and brown. It is most common in Caucasians.

Nodular melanoma usually starts as a raised area that is dark blackish-blue or bluish-red. However, some do not have any color.

Lentigo maligna melanoma usually occurs in the elderly. It is most common in sun-damaged skin on the face, neck, and arms. The abnormal skin areas are usually large, flat, and tan with areas of brown.

Acral lentiginous melanoma is the least common form. It usually occurs on the palms, soles, or under the nails and is more common in African Americans.

The risk of developing melanoma increases with age. However, it is also frequently seen in young people. You are more likely to develop melanoma if you:

Have fair skin, blue or green eyes, or red or blond hair
Live in sunny climates or at high altitudes
Spent a lot of time in high levels of strong sunlight, because of a job or other activities
Have had one or more blistering sunburns during childhood
Use tanning devices

Other risk factors include:

The ABCDE system can help you remember possible symptoms of melanoma:

The key to successfully treating melanoma is recognizing symptoms early. You might not notice a small spot if you don’t look carefully. Have yearly body checks by a dermatologist, and examine your skin once a month. Use a hand mirror to check hard-to-see places. Call your doctor if you notice anything unusual.

The Surgical Dermatology team will check your skin and look at the size, shape, color, and texture of any suspicious areas. If your doctor thinks you might have skin cancer, a piece of skin will be removed and sent to a lab for examination under a microscope. This is called a skin biopsy. There are different types of skin biopsies. All or part of the growth will be removed. A sentinel lymph node (SLN) biopsy may be done in some people with melanoma to see if the cancer has spread to nearby lymph nodes. Once melanoma has been diagnosed, CT scans or other types of x-ray tests may be done to see if the cancer has spread.

Surgery is needed to treat melanoma. The skin cancer and some surrounding tissue will be removed. The amount of skin that is removed depends on how deep the melanoma has grown.

If the cancer has spread to nearby lymph nodes, these lymph nodes may also be removed. After surgery, you may receive a medicine called interferon.

Treatment is more difficult when the melanoma has spread to other organs. When it spreads to other organs, it usually cannot be cured. Treatment involves shrinking the skin cancer and making you as comfortable as possible. You may receive: